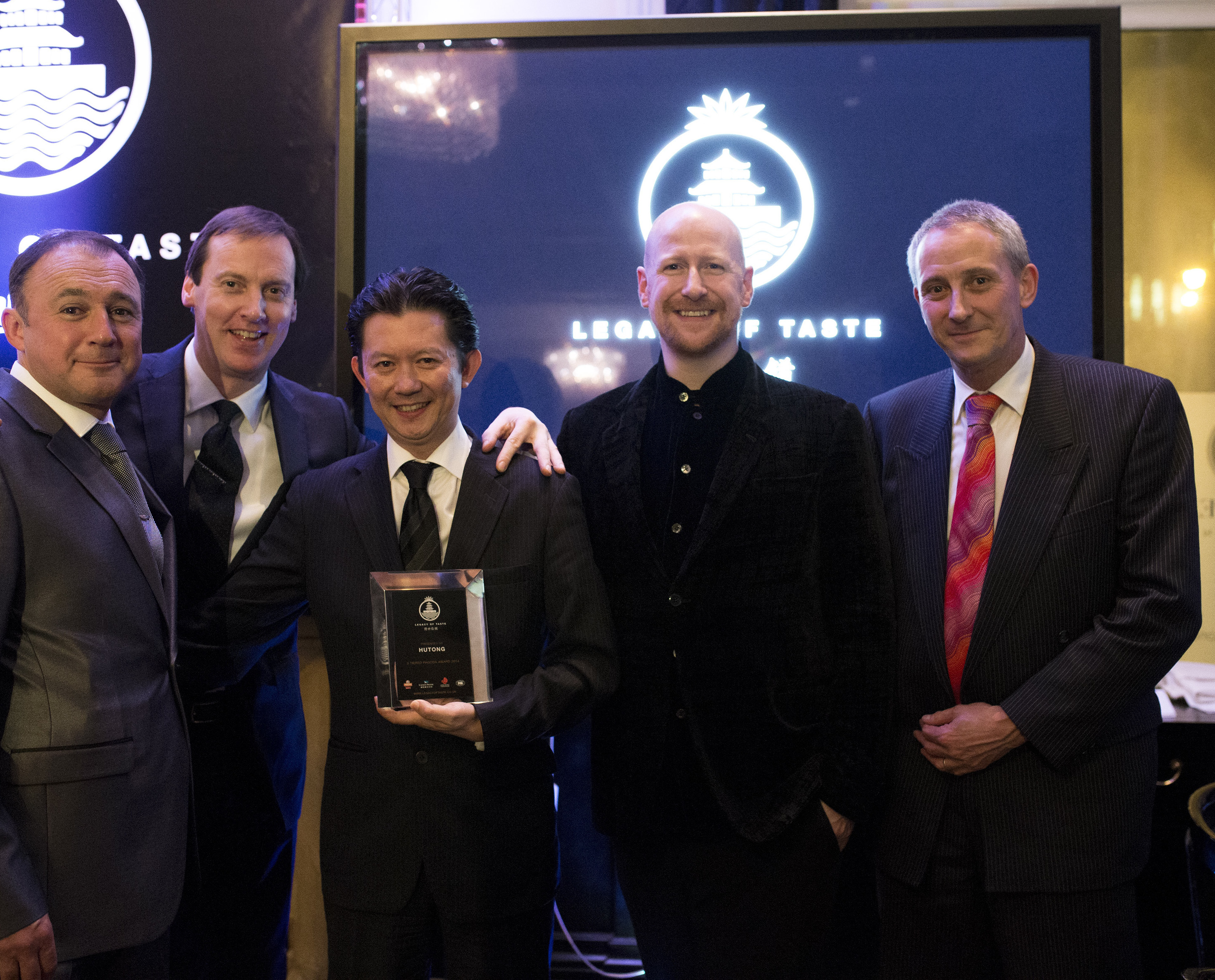 A great honour was bestowed on Hutong on 1st March when, at an awards ceremony in London, it was announced that Hutong would receive one of the first ever Legacy Of Taste three-tiered Pagoda awards.

The classification for the highest three-tiered Pagoda award is, ”The ultimate Chinese ﬁne-dining experience, breaking new ground with exceptional innovation and culinary delights.” We were truly honoured and humbled to have been classed as such by our industry peers. The only two other restaurants awarded three-tiered Pagodas were HKK and Kai Mayfair, who we warmly congratulated and shared celebratory Champagne with on the night!

[Photo courtesy of Legacy Of Taste]

To book a table at Hutong please visit the About Us page.