All the tea in China 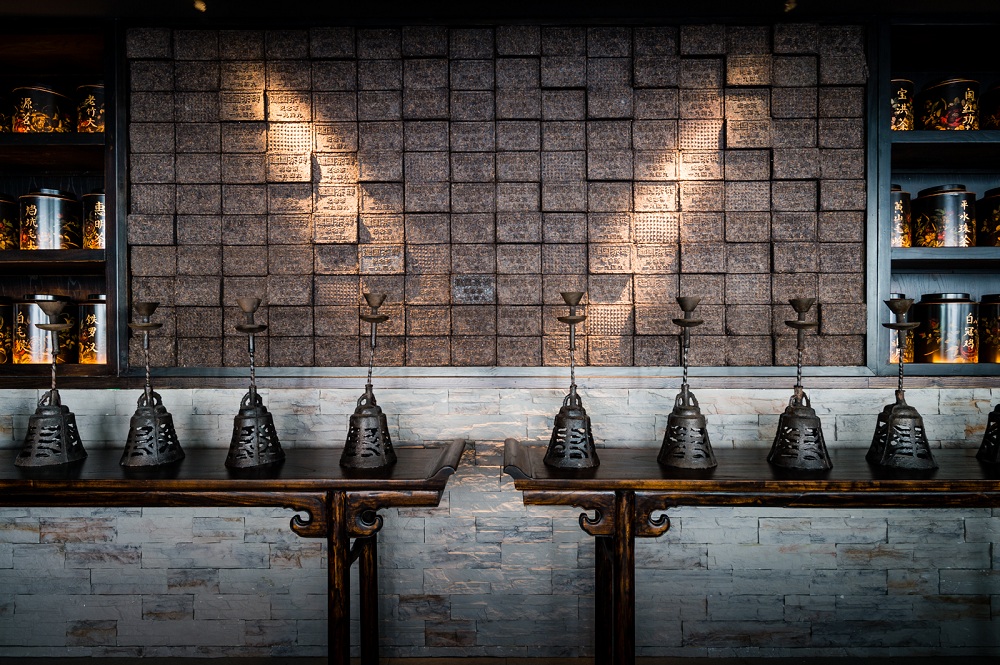 The popular expression ‘all the tea in China’ signifies the very highest value with which one can barter and succinctly illustrates the great importance of tea in Chinese culture. Discovered according to popular legend by Emperor Shennong over 4000 years ago, tea is considered one of the ‘seven necessities’ of life alongside salt, vinegar, soy sauce, rice, oil and firewood.

At Hutong we honour tea in a unique way, with a ‘Tea Wall’ in our Beijing dining room. Flanked on either side by rows of antique tea canisters, each bearing the name in Chinese of the type of tea it was intended for, is a wall made of bricks of compressed tea, the most popular way of storing and transporting tea in ancient China and still in use today.

Guests who can read the Chinese characters on the bricks will see that this is Tie Guan Yin  or ‘Iron Goddess’ tea, a dark, aromatic oolong tea from Fujian. A very refined version of Tie Guan Yin is one of the four teas selected for service in the restaurant: ‘Monkey Picked’ Tie Guan Yin, so named because centuries ago it was indeed picked by monkeys, to be enjoyed only by the Imperial Court! Today this practise has died out but the name remains to signify a Tie Guan Yin tea of the very highest grade.

Each of the four teas served at Hutong, not to mention those used in our tea-based cocktails, has an equally fascinating history, and in the coming weeks we will share more of these with you.